Bulgaria Engineering EAD provides consulting services related to project "Sredni Iskar" for the construction of nine (9) small hydropower plants of channel type along the middle course of the river Iskar. Currently five (5) hydropower plants have been commissioned. During the last third phase, the remaining four small HPP will be constructed.

Small HPP "Prokopanik” is part of the second phase of project Sreden Iskar. The hydropower plant is of channel type, located along the Iskar River, in municipality Svoge. It has been constructed in the land of villages Redina and Thompson, municipality Svoge, Sofia district. The HPP has the following design parameters: net head 11,75 m, inlet water quantity 30 m3/s and nominal power 3500 kW. It is equipped with 1 Kaplan bulb-turbine.​

The construction of the small HPP „Prokopanik“ - similar to the most channel HPPs - requires redirection of the river and execution of relatively deep excavations for the plant building and overflows. The site itself is located along a relatively wide section of the Iskar River, which in turn requires construction of two non-overflow dikes acting as a barrage on both sides of the plant. The geotechnical works are divided into two phases using the jet grouting technology. It allows construction of nearly vertical slopes, allowing both reliability and watertightness of the excavation and founding of the foundations. Due to the wide transverse profile of the river, the second phase of the construction has been considerably shorter.

First phase - shifting of the river bed only at the left part for construction of HPP building, overflow facilities, platform to the access road and one part of the non-overflow dike at the other part of the HPP:

Second phase - letting the river flow through the overflow facilities and gradual closing of the left part of the river for construction of the non-overflow dike:

The construction began in June 2011 and the site was commissioned in July 2013. 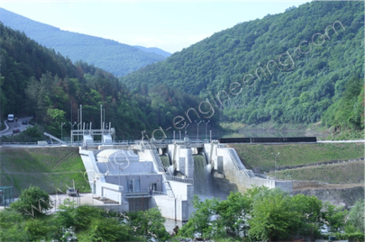 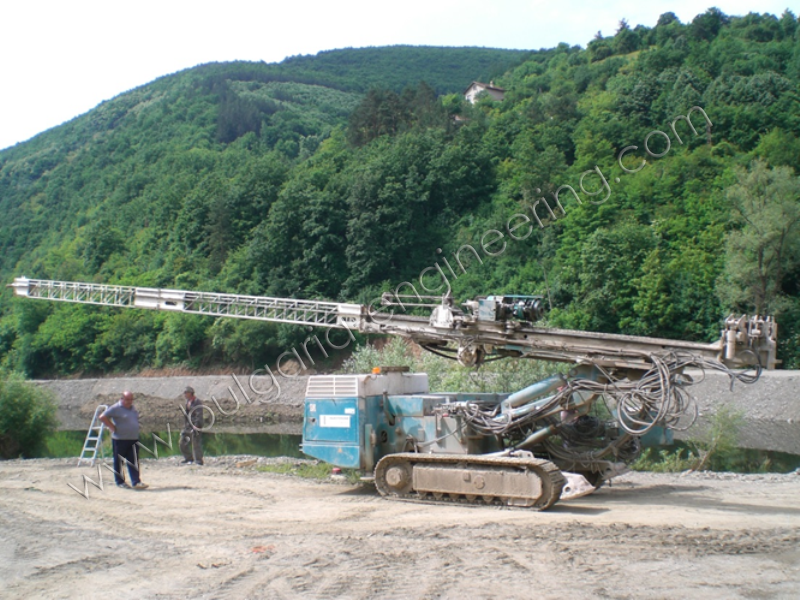 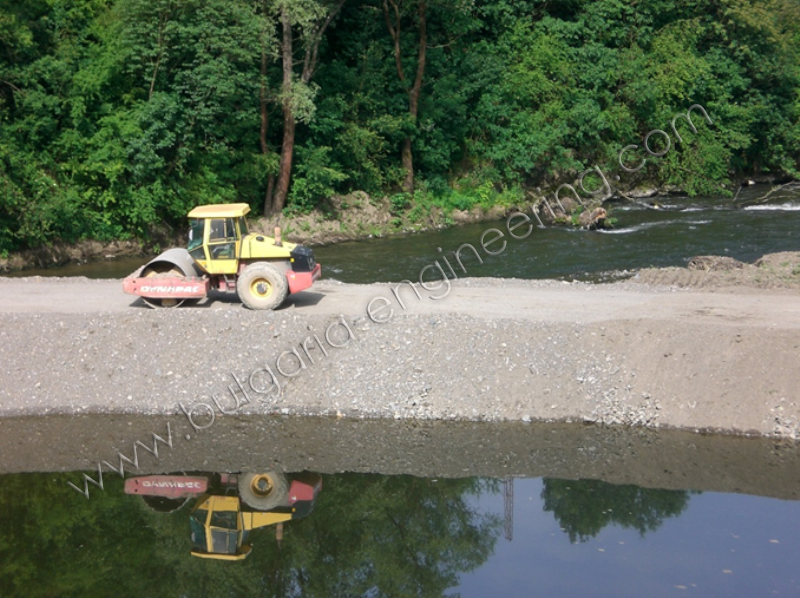 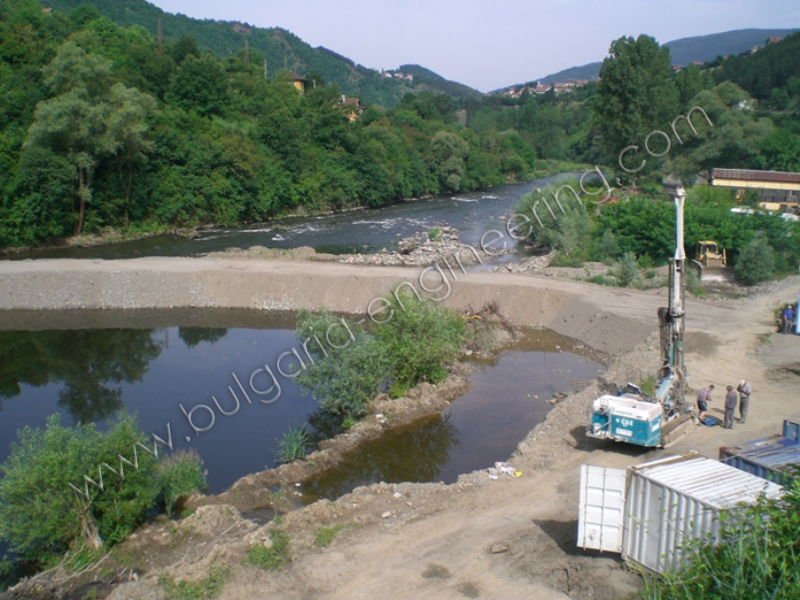 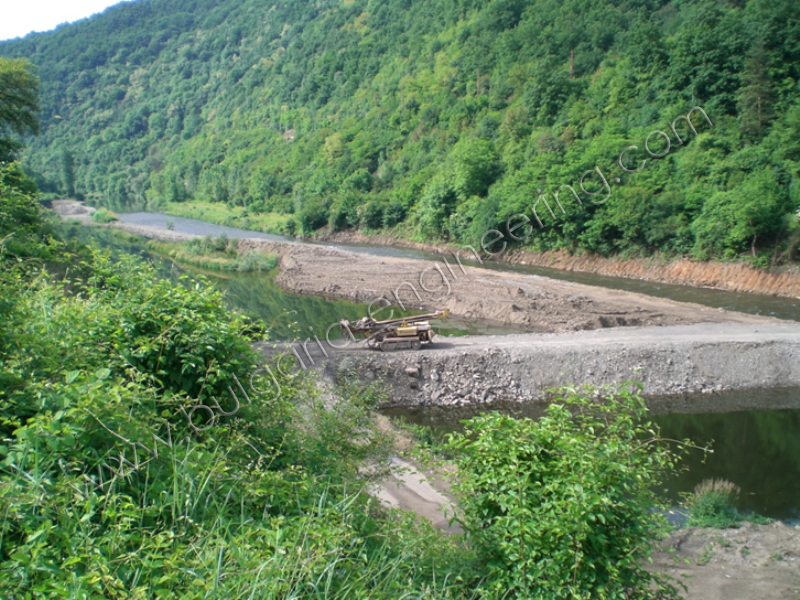 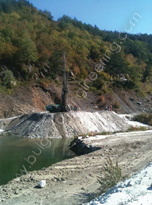 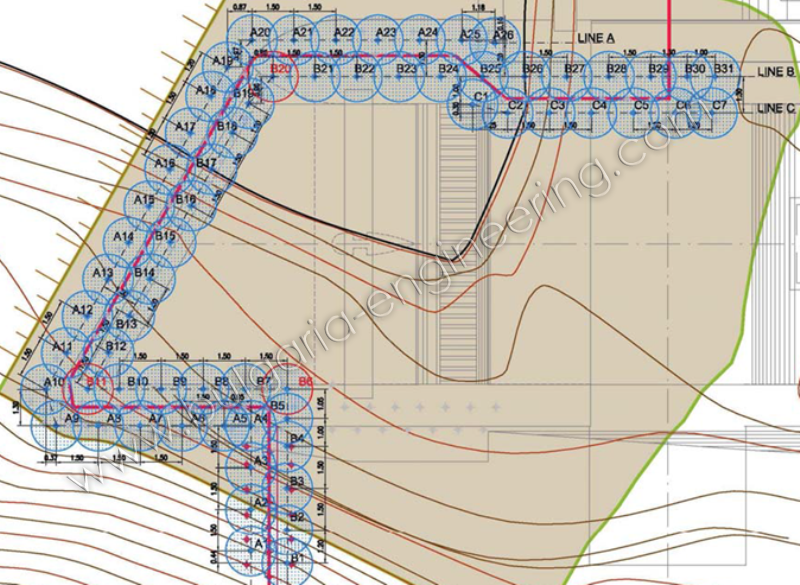 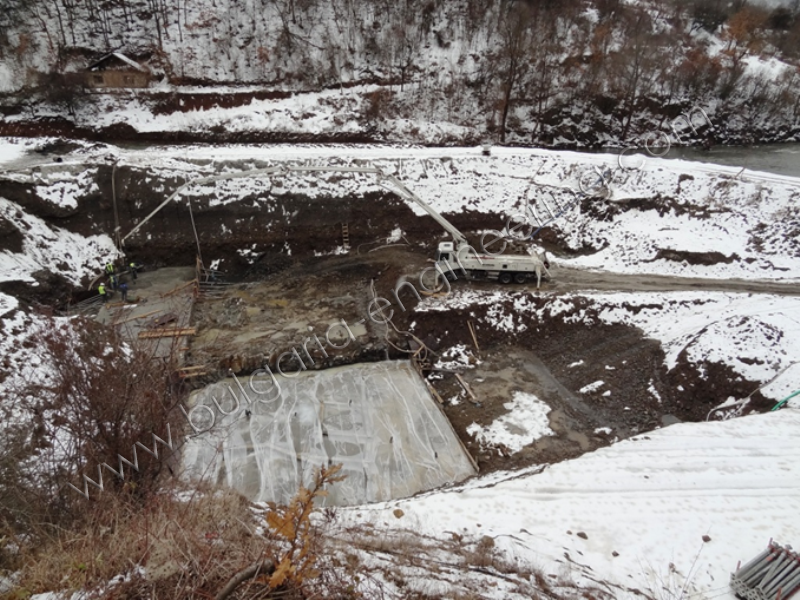 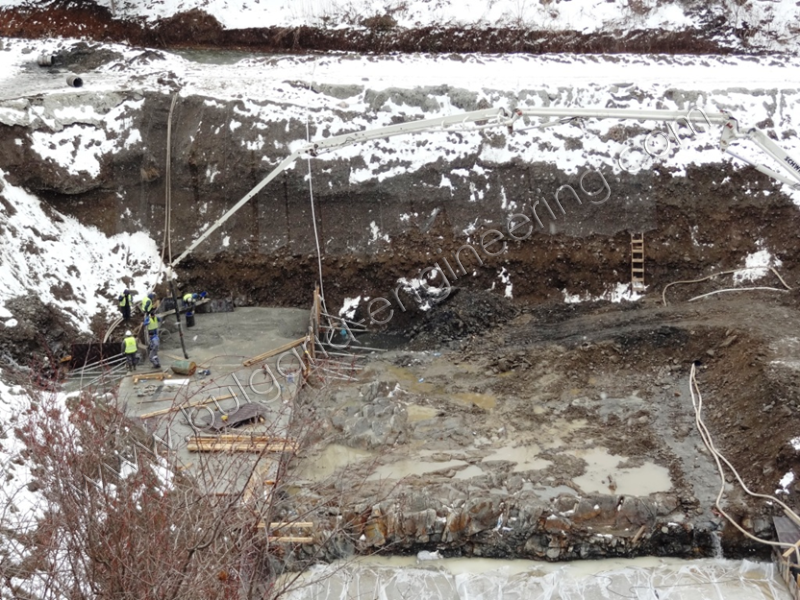 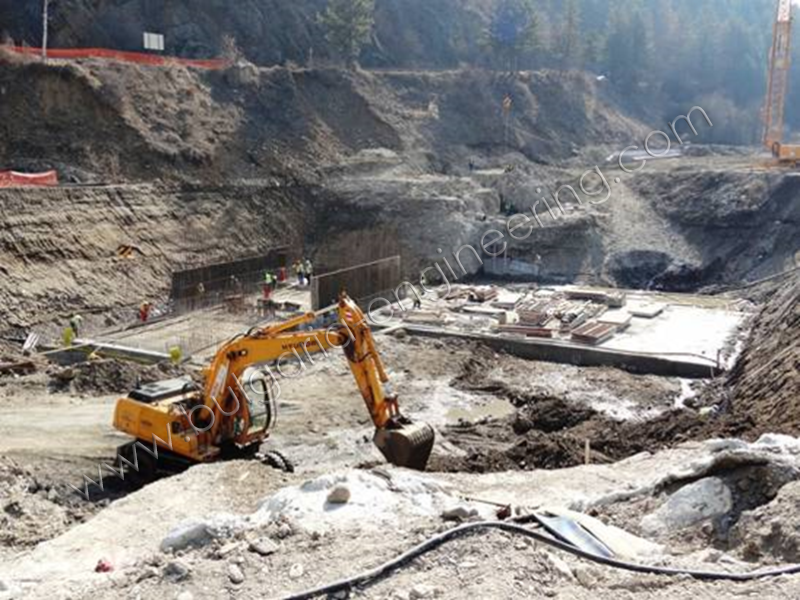 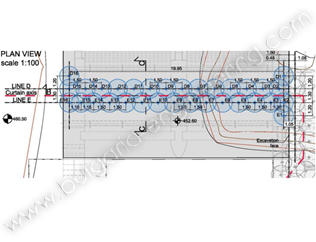 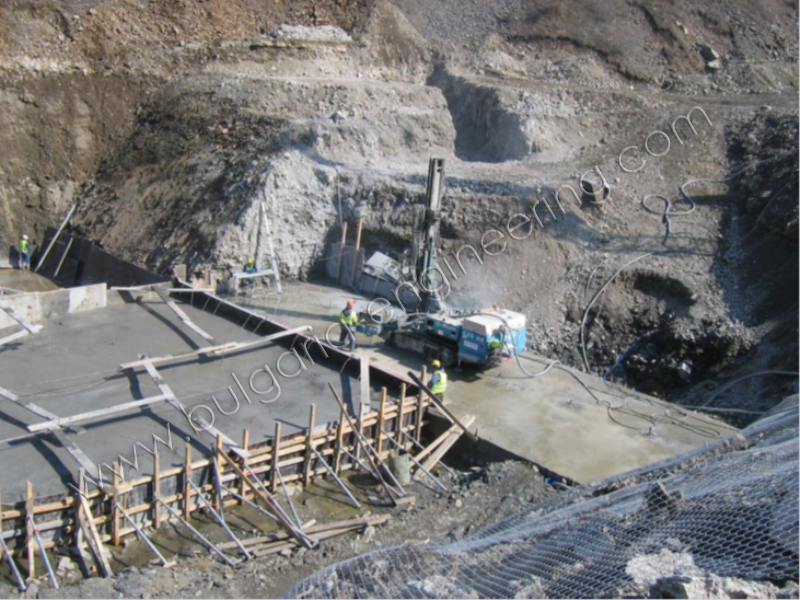 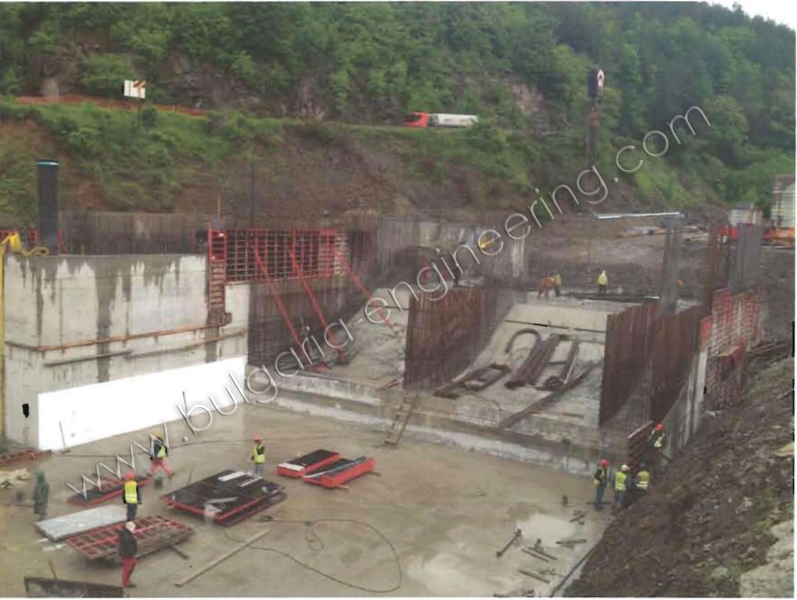 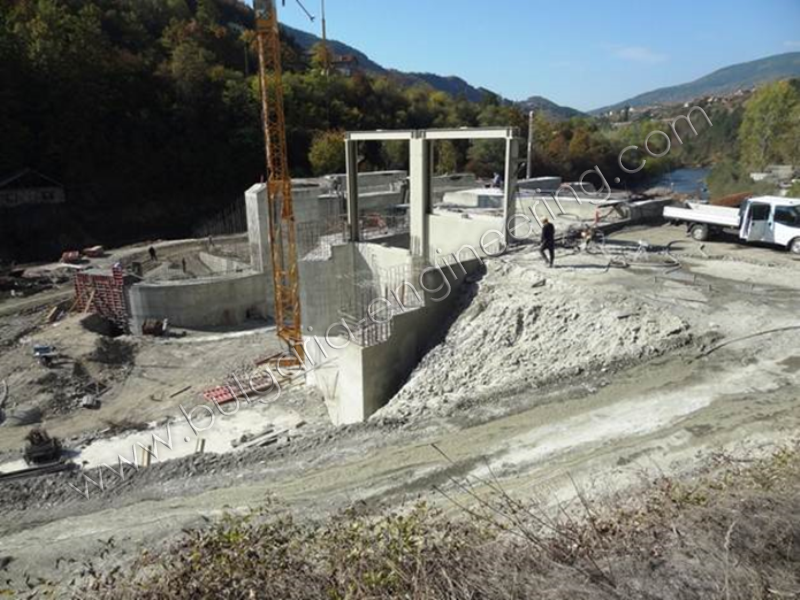 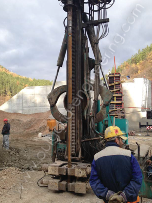 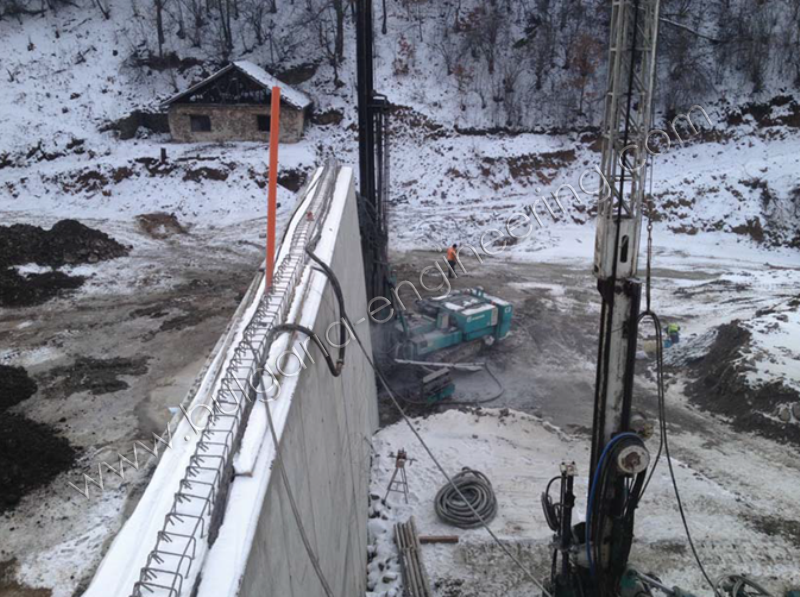 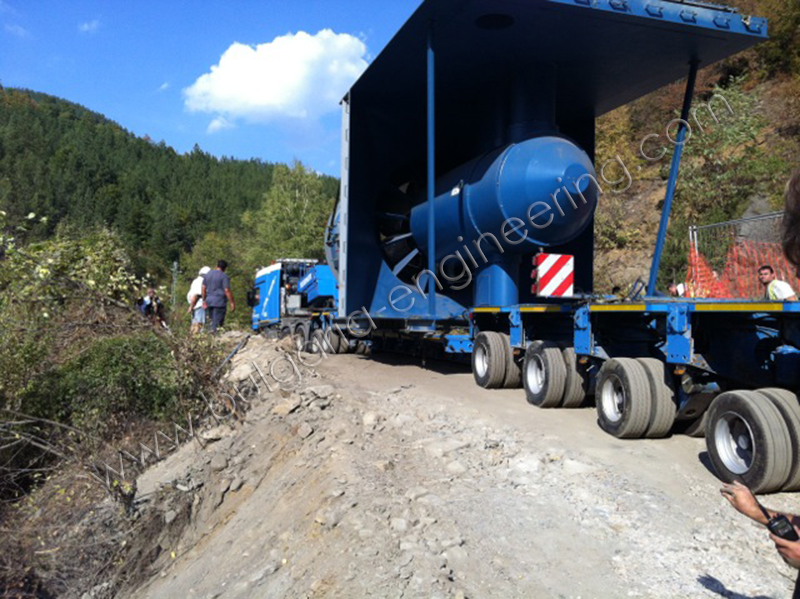 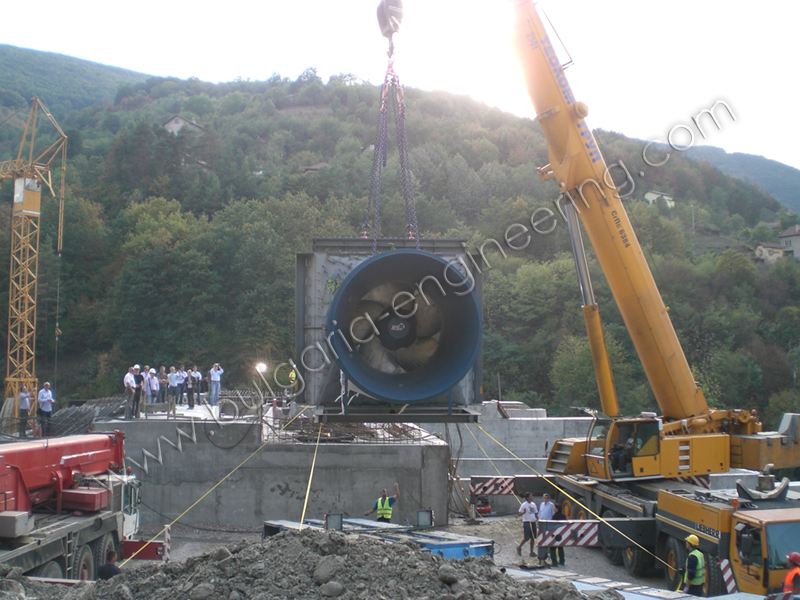 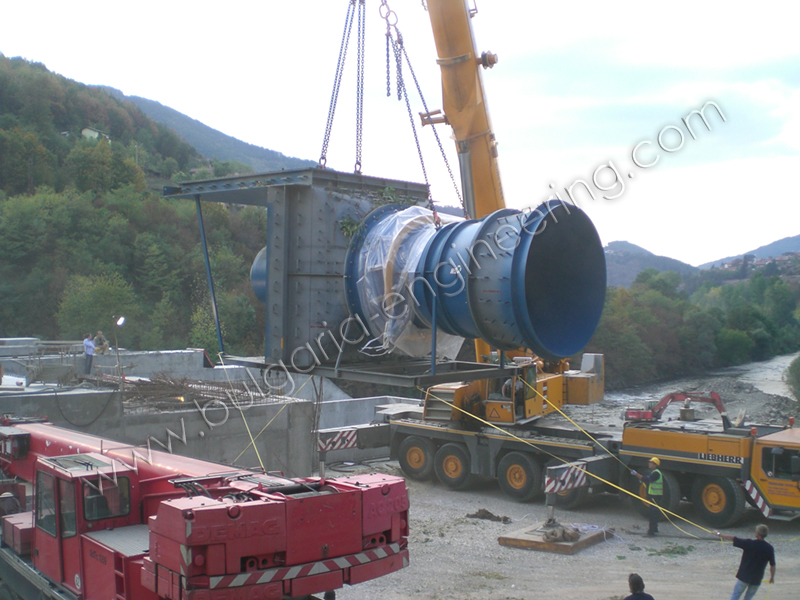 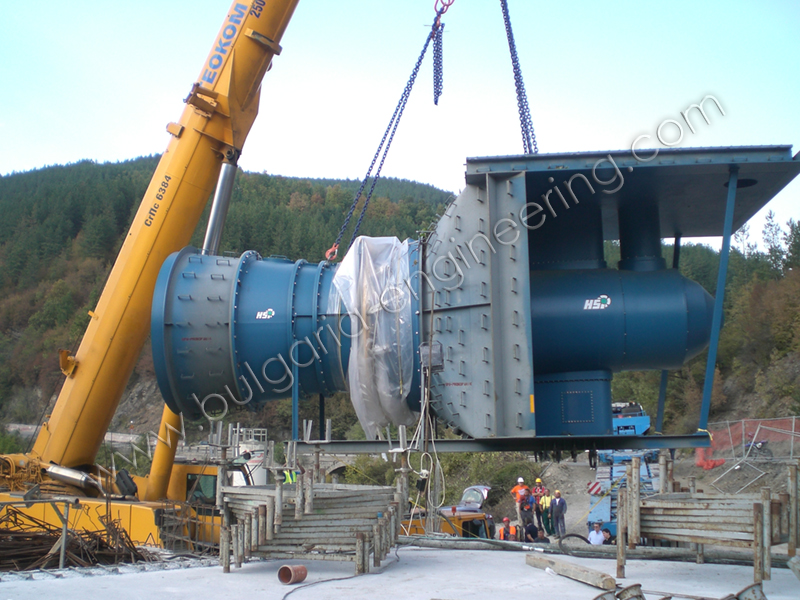 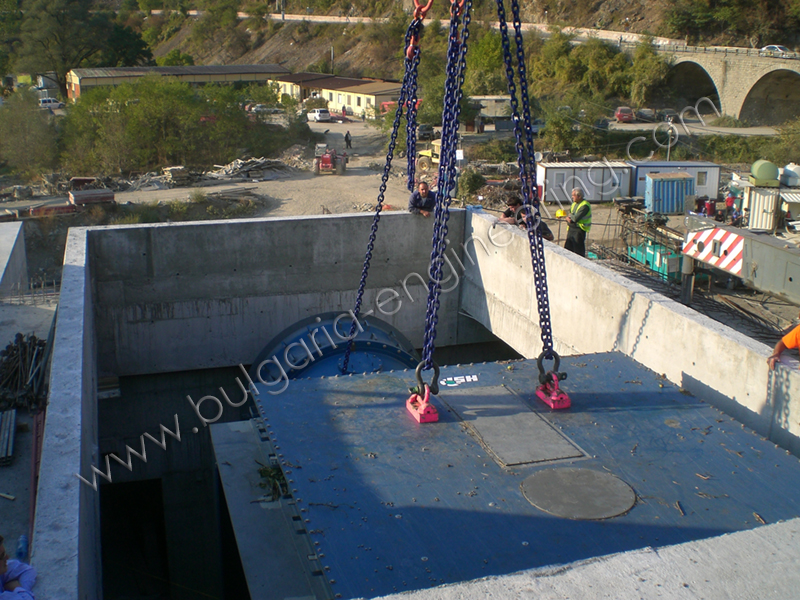 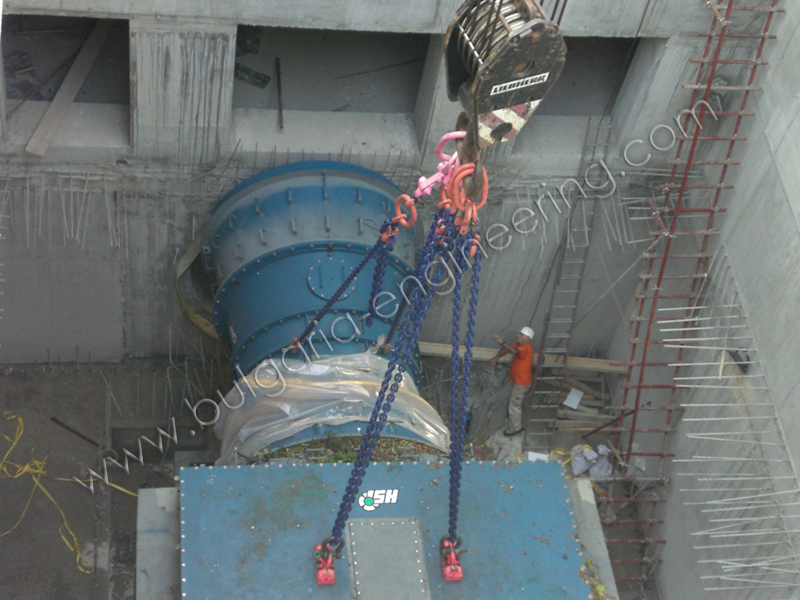 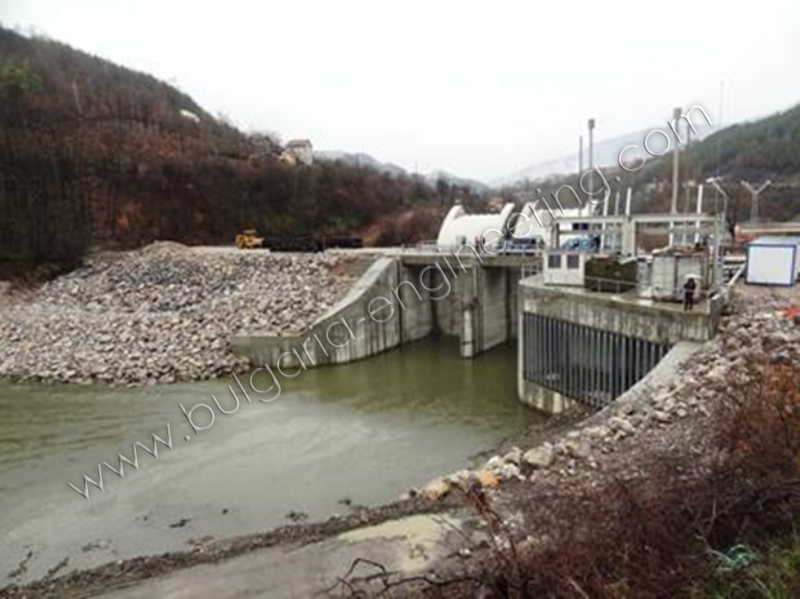 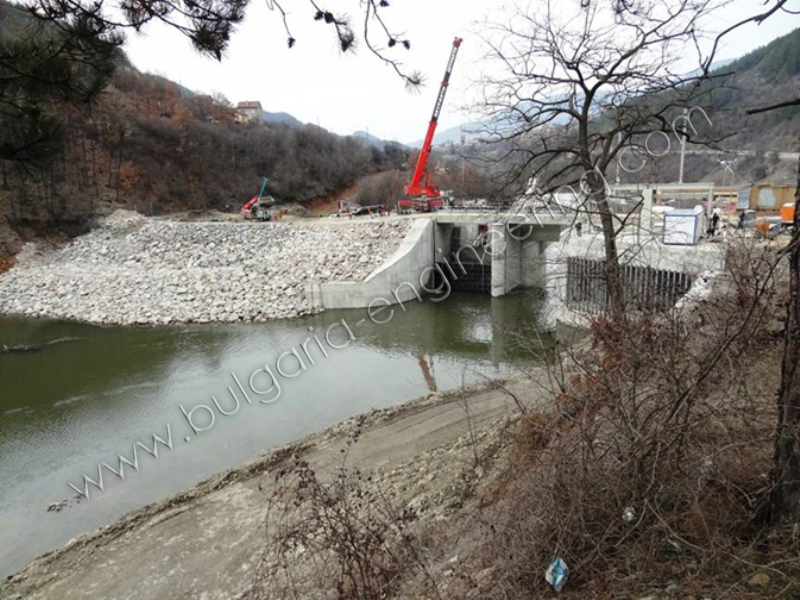 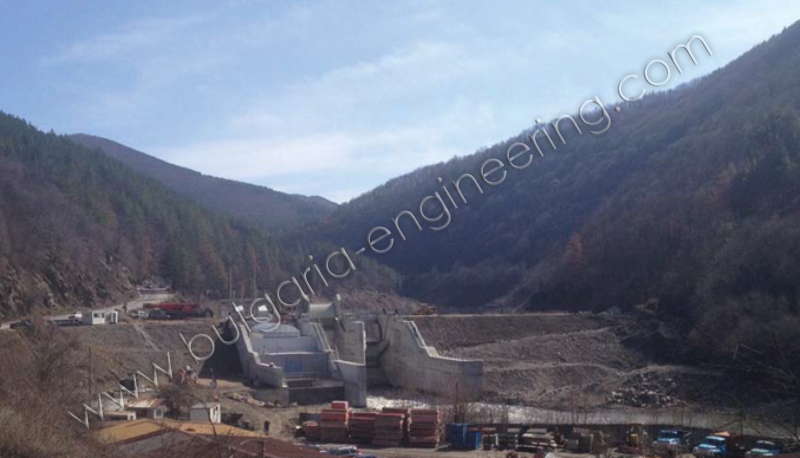